Bill of comedy rights (and wrongs)

With a nod to our screening of On The Rocks, Sarah Helm is a calendar girl covering Valentine's Day AND Mother's Day...

With Valentine’s Day a now distant memory and Mother’s Day yet to arrive, what better way to mark these two significant calendar dates in one fell swoop than with a screening of On The Rocks, a comedy about infidelity and philandering fathers? Heartache, anxiety, and sardonic quips? You can’t accuse CFS of putting no thought into their scheduling.

On The Rocks was screened at The Elgiva on Wednesday March 16th – the latest offering as part of CFS’s 53rd season. 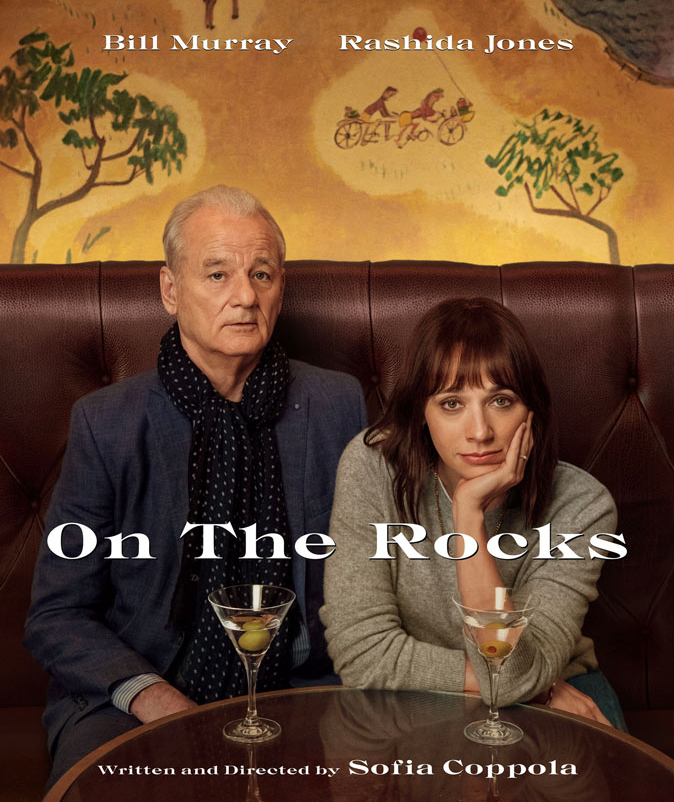 Directed by Sofia Coppola, the film stars Bill Murray and Rashida Jones, as father and daughter – Felix and Laura. Worried that her husband, Dean, is having an affair with his work colleague, Laura confides in her father who happens to be an art dealer and notorious womaniser. Recognising some give-away signs, Felix becomes convinced of Dean’s infidelity and he and Laura proceed to investigate his movements to see if the suspicions are true.

The film received positive reviews from critics upon release, and was notable for being a lighter and more accessible film than some of Coppola’s previous works. Murray was widely praised for his performance and received several nominations for his role, including Best Supporting Actor at the Golden Globes and the Critics’ Choice Awards.

On The Rocks is the third time that Coppola and Murray have collaborated, the first being for the understated comedy drama Lost in Translation (2003), which also starred Scarlett Johansson, followed by the Netflix Special A Very Murray Christmas (2015), in which Rashida Jones also appeared. 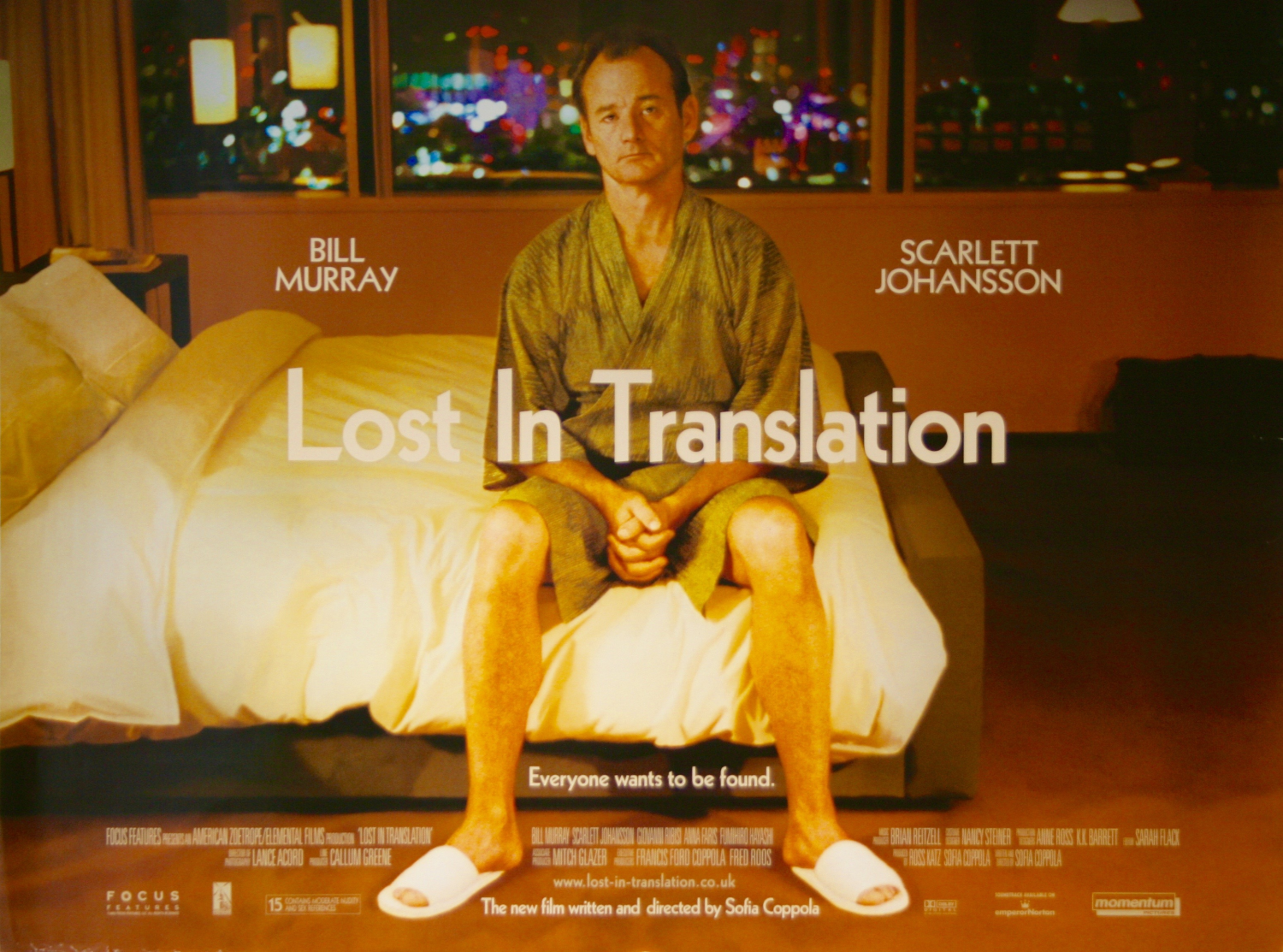 Bill Murray has carved a successful and long-standing career, playing sardonic antiheros with a withering deadpan delivery. So let’s take a closer look at the life and times of (arguably) everyone’s favourite spectre-extinguishing weatherman.

William James Murray was born on 21st September, 1950 in Evanston, Illinois, as one of nine siblings. Three of Bill’s brothers – John, Joel and Brian – also went on to pursue acting careers, and have appeared in some of his films. Their father, Edward, died when Bill was 17, and he funded his way through private school by working as a golf caddy, which began a lifelong passion for the sport.

Doctor? NoBill initially enrolled at Regis University in Denver to study medicine, but soon dropped out and found himself back home. After a brush with the law for attempted cannabis smuggling, Murray began performing with Chicago’s The Second City improvisational comedy troupe in the early 1970s, after being invited there by his older brother Brian, who was also in the cast.

Bill then moved to New York to appear on the National Lampoon Radio Hour, a satirical and controversial weekly comedy show that was syndicated across American radio stations and boasted an extensive alumni including John Belushi, Chevy Chase, Christopher Guest and Harold Ramis. The original programme was only broadcast for a year, but it provided a platform to showcase Murray’s talents and lead to frequent appearances on weekend television variety shows. 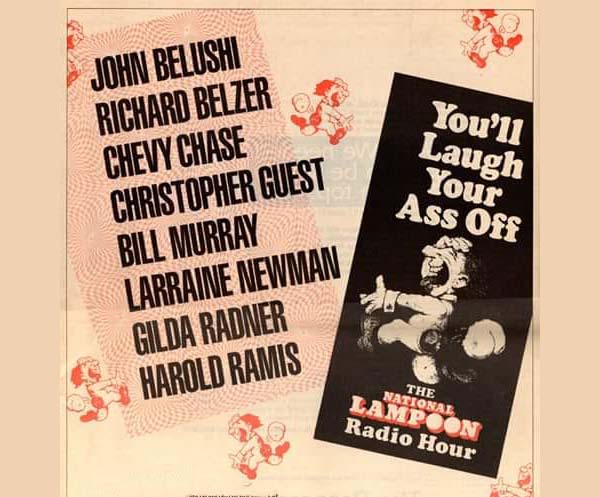 Saturday Night LiveBill’s talents were broadcast to a wider audience when he officially became a cast member on the second season of Saturday Night Live, after replacing Chevy Chase, who had left to pursue a film career. Murray worked on the late night American comedy programme for three series, from 1977 to 1980, and would return sporadically as a guest host after his departure. The cast at the time included future comedy royalty: Dan Akroyd, Jane Curtin and John Belushi. The programme enabled the cast to forge long-standing working relationships – although animosity developed between Chase and Murray, reportedly resulting in a physical fight shortly before one episode aired, when Chase returned as a guest host in 1978.

Murray had co-written for The Razor’s Edge (1984), an adaption of the novel by Somerset Maugham, and it was a dream of his to get it made for the big screen. Colombia Pictures agreed to finance the film in return for Bill starring in Ghostbusters (1984) as Peter Venkman, a role originally intended for John Belushi before he died (although Belushi is credited with being the inspiration for the luminous green glutton, Slimer, so his spirit lives on – see what I did there?). Two of the other leads, Dan Akroyd (playing Ray Stantz) and Harold Ramis (Egon Spengler) wrote the script, and it was directed by Ivan Reitman, who had previously directed Murray in Meatballs and Stripes. Initially reluctant to participate, Murray agreed to filming in return for making his passion project. 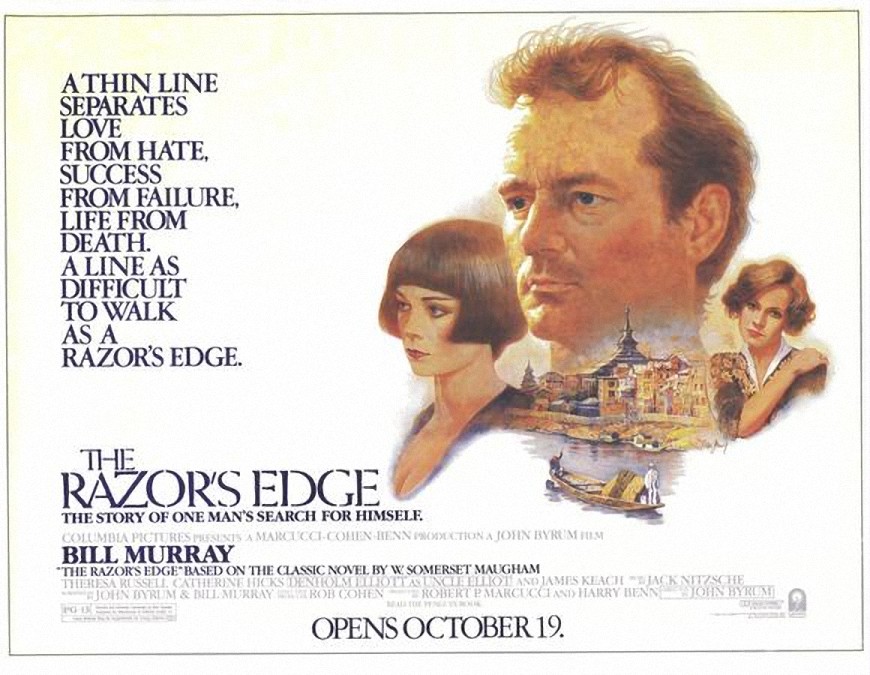 The Razor’s Edge did not fare well at the cinema, whereas Ghostbusters became a box office phenomenon grossing over $100 million on initial release and spawning a hit single, cartoon series, a range of toys, vast amounts of merchandise and three sequels. Although on repeat viewing, some scenes do not sit well for today’s PG audiences, Ghostbusters remains a much-loved classic for children of the 80s, and is still referred to in popular culture to this day.

Apart from his cameo as a dental enthusiast in Little Shop of Horrors (1986), Bill spent the next four years out of the spotlight, studying History and Philosophy at Sorbonne University and raising his growing family. This hiatus ceased at the end of the decade with Scrooged (1988) and Ghostbusters II (1989).

I Got You BabeThe hits continued in the 1990s, with Quick Change (1990), a film that boasted his only (co)directing credit, What About Bob? (1991) and the hugely successful Groundhog Day (1993), the fantasy comedy where cantankerous weatherman, Phil Connors, becomes stuck in a timewarp, waking up every morning on February 2nd, with the same Sonny and Cher song on the radio and seemingly no means of escape. Groundhog Day saw Murray working once more with director Harold Ramis. The pair fell out due to creative differences concerning the production, but managed to reconcile before Ramis’ death in 2014. 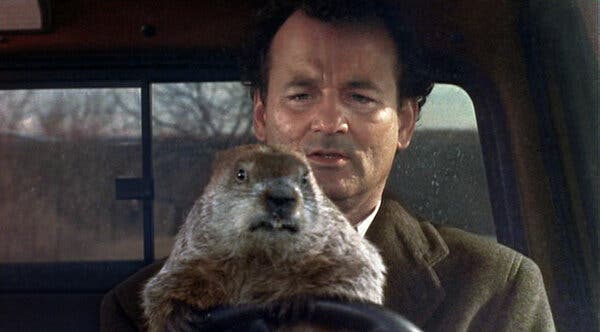 Artistic TemperamentChevy Chase and Harold Ramis are not the only names to have experienced on-set altercations with Murray. Dan Ackroyd has referred to him as ‘The Murricane’, in reference to his fiery temper. Other disagreements Bill Murray has had with people have included Sean Young in Stripes (1981), director Richard Donner on Scrooged (1988) and Richard Dreyfuss in What About Bob? (1991). Animosity between Murray and Lucy Liu reportedly created a very tense set on Charlie’s Angels (2000), and he was replaced by comedian Bernie Mac in the sequel, as his character’s adopted half-brother.

When asked about his reputation of being difficult, Murray told The Sioux City Journal in 2018:“I only got that reputation from people I didn’t like working with, or people who didn’t know how to work, or what work is. Jim, Wes and Sofia, they know what it is to work, and they understand how you’re supposed to treat people.”

Career ResurgenceAt the end of the 1990s, Bill took on more dramatic roles, including Polonius in Hamlet (2000) and the historical drama The Cradle Will Rock (1999).It also saw Murray begin collaborations with Coppola, Wes Anderson and Jim Jarmush.Murray has appeared in ten of the eleven Wes Anderson features, from his second film, Rushmore (1998) to his most recent hit, The French Dispatch (2021).He has worked with Jim Jarmush four times on Coffee and Cigarettes (2003), Broken Flowers (2005), The Limits of Control (2009) and The Dead Don’t Die (2019). The three auteurs all possess a style of filmmaking that veers away from traditional Hollywood cinema and helped Murray establish a more art-house focus in his roles. 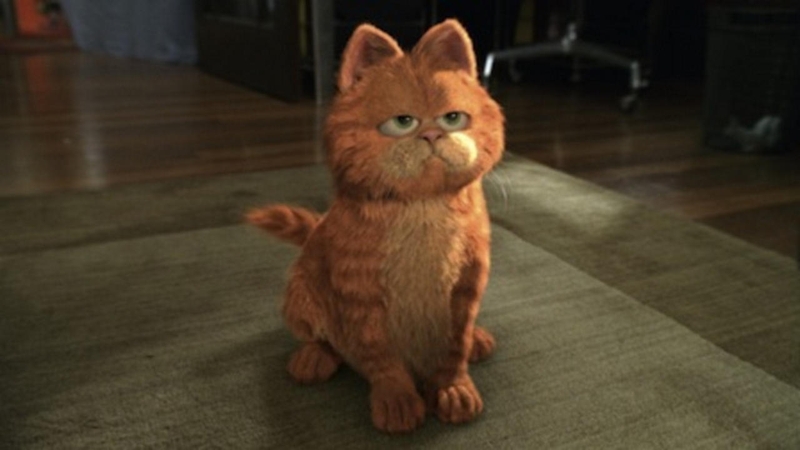 As an established name in Hollywood, Murray was able to branch out further in the roles that he chose. He extended his appeal to younger audiences by becoming the voice of the lasagne loving tabby in Garfield: The Movie (2004) and the sequel Garfield: A Tail of Two Kitties (2006). Further success in animation followed as Baloo in The Jungle Book (2016), Clive Badger in Fantastic Mr Fox (2009) and Boss in Isle of Dogs (2018), the latter two directed by Anderson.

A Distinct Lack of AgencyMurray is infamous for refusing to sign contracts, not having an agent, manager or a phone number where he can be reached to discuss job offers. Directors have spoken about meeting with the elusive actor, uncertain at the end of the conversation as to whether or not he is on-board with their projects.After the initial pitch for Lost in Translation, Sofia Coppola had to take Bill at his word that he would arrive in Tokyo at the start of filming and started the production without him. Fortunately, he kept his promise, and the film was both a critical and commercial success, winning Coppola Best Original Screenplay at the Oscars and nominations for Best Picture, Actor and Director. 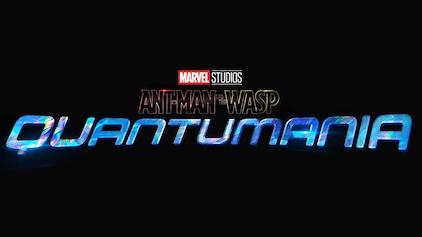 2021 saw Bill reprise his role of Peter Venkman in Ghostbusters: Afterlife, directed by Jason Reitman, (the son of Ivan, who sadly died this year).  Murray can next be seen in Ant-Man and the Wasp: Quantumania, part of the Marvel Cinematic Universe – so that’s his pension plan sorted then!

Being cast in these roles demonstrates Murray’s enduring popularity and continuing box office pull for audiences.  In fact, he is so beloved for his acerbic humour that there is a pub/comedy club named after him in Islington.

I hope you enjoy On the Rocks and although currently it may be in short supply, to paraphrase Phil Connors in Groundhog Day, let’s raise a glass, ‘say a prayer and drink to world peace’. 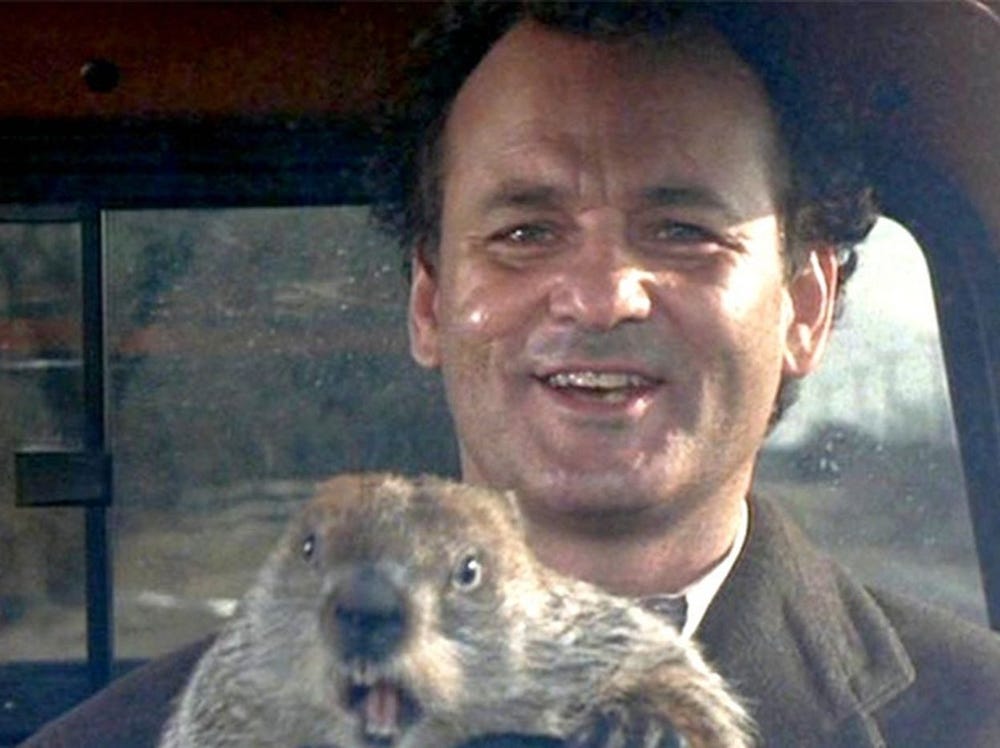 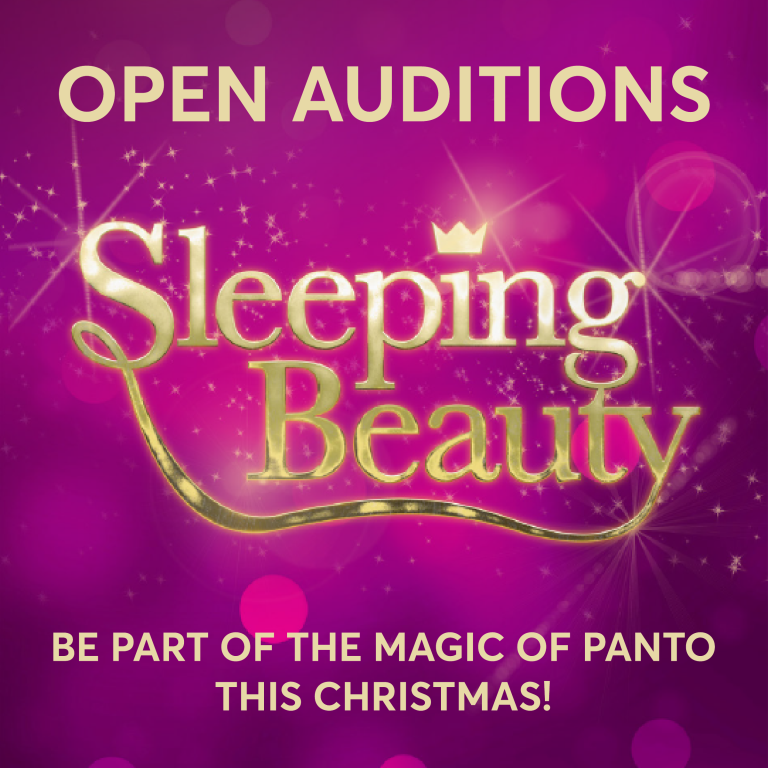 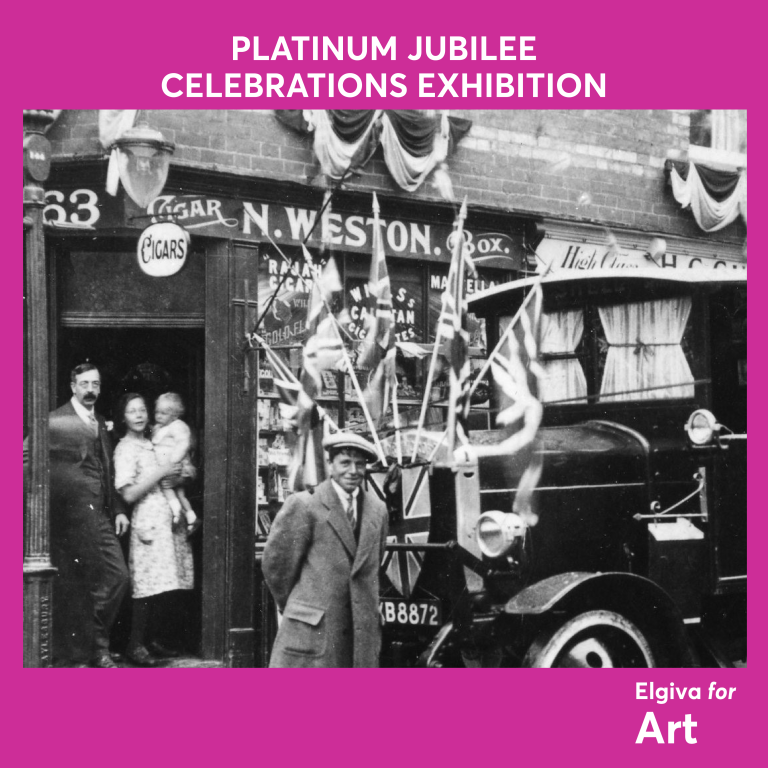 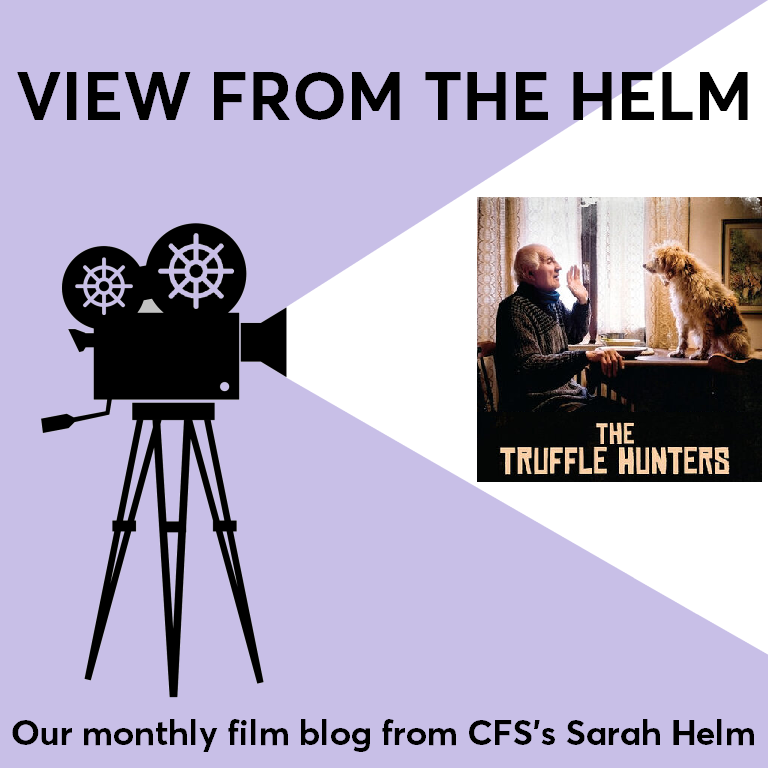